Advancements in the Computers and Technology world have improved the current society and now it is much easier to obtain some crucial information any time through the internet. This however has been disputed by majority of critics who believe that some crucial information can be falsely obtained, leaked or exposed to the public causing a lot of harm and damage to the aggrieved party.

A majority of prominent people suffer from Identity theft on a day-to-day basis. This highly affects their job, career and savings. Though it is much difficult to identify what amounts to this form of crime, people still need to be informed and educated on identity theft definition. According to the views of expressed by Identity Theft Resource Centre, this is a serious crime where by an intruder maliciously obtains crucial pieces of an individual??s information and later uses it to impersonate them.

This information can be used in many ways by the intruder. In most cases, it is usually used to cause harm and affect someone??s daily life. The information obtained by the impersonator can also be used for many other selfish benefits, such as obtaining merchandise, credit and other special services using the identity of the victim who is unaware. Its definition indicates that it involves the use of false credit cards to seriously manipulate people and gain favors from them without their consent. This is a crime that has really affected many people and some have been sacked from their places of work with others being declared bankrupt. 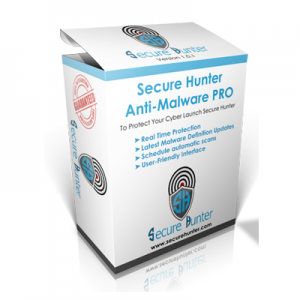 Identity theft also includes people who provide false information to the police in a process aimed at running some debt. Many impostors start by developing close ties with their targets and later turn to use the information they obtained from them to commit serious fraud though their accounts.

These definitions usually connect to fraud acts where someone uses deceitful information to manipulate and impersonate someone else to gain some benefits. In recent times, such crimes have been highly reported via social media sites as many thieves become more techno-savvy in hacking and using other people??s information.

In the modern society, individuals must reveal much of their personal information such as their name, signature, social security digits, phone number, private and personal address, credit card number and bank information. This has greatly contributed to some fraud cases since it becomes much easier for fraudsters to collect information and use them for their own selfish gains.

Thieves in most cases usually target checks or debit cards to accomplish their mission. They have perfected the art of acquiring transfers electronically, through the names of their targets. It??s therefore important for individuals to always be sensitive with their private and confidential information to avoid such crimes.